I’m alone in my house, the laundry is sorted, and Love, Actually is on the tv. My kids have gone to their dad’s for the afternoon, Dan has gone to a movie with his sons Dave and Sam, and I’m kicked back in the new La-z-boy recliner.

Since moving to California in 2004, every year I have lamented the distance between my family and me. We had spent every holiday together for my whole life to that point: 42 years of them. Mom and Dad, my three siblings and the spouses and kids that followed used to celebrate together; suddenly, it was just me and my husband and our three kids out west. We didn’t even make it to our second Christmas in California. We separated a little more than a year after moving here and subsequently divorced.

Even after I remarried and gained two wonderful stepsons, I was still sad at the holidays. But time and distance, along with the cost of airfare, chipped away at my memories. Eventually I gave up my hopes for a big holiday reunion. I will always love my family, but it just wasn’t going to happen.

There’s this great word I learned this year: hiraeth. It’s Welsh and means “a deep, wistful, nostalgic sense of longing for home; a home that is no longer or perhaps never was. A yearning and wistful grief for people and things long gone.” I was stricken by its perfect definition of the things I was feeling.

Maybe it was the knowledge that my sorrow had an actual word, which meant that countless others had felt it too, which led to this year’s epiphany. Sam, a chef, had moved to Portland. Charlie was away at college. As I decorated my house for Christmas, which I really do, something occurred to me. Like the Grinch, it started in low… then it started to grow. Maybe Christmas, I thought, wasn’t about the family of my old life; maybe it was now going to be about my new family. I realized that my house, the one I deck out in lights and Santas and nutcrackers, would be the one that family came home to.

This Christmas Eve, it all came together. Dave, his lovely girlfriend, and their charming, well-behaved dog were there. Dave and Sam’s aunt, cousin and grandmother on their mom’s side even came. The house was filled with the smell of Sam’s cooking (pork shoulder!) and the sounds of laughter and animated conversation. Wine was flowing, cookies were devoured – and I was completely and totally happy.

This morning we tore through our presents. Now that my kids are older, they take more pride in choosing the right gifts for their loved ones, which made everything sweeter. And then things started to wind down, as they always do. I took a nap. Everyone else left for a bit, and I sat down to write.

Last Sunday, when Sam walked in the door after Dan had picked him up from LAX, he stopped for a moment, taking in the twinkling lights on the tree, the stockings on the mantel, the Santas on every surface. “Whoa,” he said. “I forgot how much you do Christmas!”

And now, it’s clear that I have an even better reason to do Christmas: my family is coming home.

Christmas Day will always be, just as long as we have we.
Posted by Leanne Levine at 10:42 AM 23 comments: 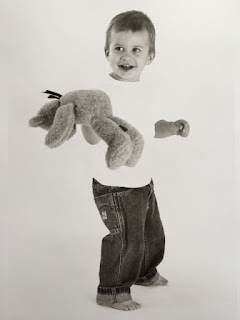 On Mother's Day, from far away

Yesterday I realized that this would be the tenth Mother’s Day we’ve been apart since I moved away. After spending the first 42 years of my life within spitting distance of you and Dad, ten years ago I found myself thousands of miles and three time zones away.

Everything changed. My marriage crumbled not long after the move and I longed for your comfort. My best friend died from breast cancer and I wanted so much to cry on your shoulder. The kids were growing up without their grandparents, aunts and uncles, and I was so alone. Even after I met Dan and remarried, I wanted you here to be a part of my new expanded family.

But it’s been ten years now. It’s kind of a cliché but I’ve been moving through the ten stages of loss and grief over missing you. I have many friends who have lost their moms, and for them Mother’s Day is a stinging reminder that she isn’t there at all. So maybe grieving for you while you are still here, safe and sound in your comfy house in Florida, seems silly and self-indulgent. But it’s still a loss: a loss of the way I had always imagined my life as a mother would be, with you in it.

First was denial: I will build a new life on my own out here. I don’t really need them; phone calls will be enough. Next was anger: why don’t they come visit me, don’t they know how hard this is? They must not love me. Then bargaining: I know – you guys need to move out here! I’ll help you! Even Arizona would be closer and it’s a great place to retire, the climate is so good for your arthritis!

And then there was the depression. As my kids grew, some days I was so sad that I wanted to leave California and move back to be near you. Of course that couldn't happen, because my kids’ father would not agree to let them move. And there’s also the small detail that I swore I would never move back to Florida, which I consider the sweaty armpit of America. (Hey, some people are just not cut out for humidity and giant bugs.) But that’s how much I missed you. Our all-too-short visits over the years only made me miss you more. I felt helpless as I watched you and dad grow older, and wondered if you were really happy with us so far away. Did you miss us too?

How different our lives have been. When I graduated from high school, you weren’t even 40. My firstborn is graduating this year and I’ll be 53. I remember you as a young mother, clever and vibrant and so beautiful; I remember how Dad adored you (and still does). I remember feeling special as a child, how you always encouraged my creativity, and how I hungered for your praise and approval. But I also remember that you didn’t like me all that much when I was a teen, and who can blame you: I was an over-emotional train wreck of hormones and drama. Somehow we survived that and grew closer as I got older. We actually liked hanging out. We liked spending time as a family, my siblings and our spouses and children as they came along. I remember Memorial Day and Labor Day and birthdays at our house, all of us together having cannonball contests in the pool and grilling burgers and eating watermelon, all the things I hoped would go on forever.

And then I moved away.

Ten years on, I think I’ve finally hit the acceptance phase. This is my new normal: a phone call every week or two, pictures on Facebook, cards for birthdays and holidays. It’s become enough. I know you are there and I know without question that you love me and my kids. I know I could hop on a plane if you needed me and that’s a comfort. I know my sister is near you and that is also a comfort. I know you and Dad have each other, and that is the biggest comfort of all.

I just hope you know, no matter what the new normal is, that I still miss hanging out with you, and I love you more than words can say. Happy Mother’s Day, Mom.

“A foodie is… a person who has an ardent or refined interest in food and alcoholic beverages. A foodie seeks new food experiences as a hobby rather than simply eating out of convenience or hunger.” - Wikipedia